Has anyone said to you, “You’re defensive” or “Stop projecting yourself onto me!”  Our personalities have a natural response using our defense mechanisms.  However, think about it, is it a healthy defense response, or is it an unpleasant characteristic of your personality?  One component to help live a mentally healthy life is understanding how you respond and cope in troubled waters.

What is a defense mechanism?  It is a protective psychological response subconsciously used to protect yourself from anxiety, guilt, shame, defending your personality and image, and shield you from facing your weaknesses and shortcomings.  Once you release your defensive behavior, it is natural to distance yourself from uncomfortable interactions. Psychologists have labeled defense mechanisms based on how primal they are, the more primitive, the least effective long-term.  On the contrary, the more primitive the defense mechanisms are is more effective in the short term.  Children tend to use an unsophisticated defense because it is their initial exposure to coping strategies in a time of stress.  Many adults never learned the proper way to cope and handle cumbersome situations.  Hence, they habitually use these modes to release negative feelings.  At times this can lead to emotional, verbal, and physical abuse upon someone else.

According to Anna Freud, psychoanalyst and daughter of Sigmund Freud, she has clarified the meaning of defense and its mechanisms, the converted measures to cope with unwanted feelings.  In 1936, Anna Freund published a book, “The Ego and the Mechanisms of Defense”. Social Science’s online media publication explains much about Anna’s biography, research, and the evolution of defense mechanisms in the article, Anna Freud and Ego Psychology.  Here are a few common defense mechanisms that Anna has defined:

I identified the most commonly used defense mechanisms. However, understanding that these channels can become exasperated long-term.  These mechanisms appear in the most severe psychological disorders, such as borderline personality disorder or psychotic conditions.

Projective Identification, introduced by psychoanalyst Melanie Klein clarifies that Projective Identification differs from projection.  It is a step beyond defense mechanisms that raise mental health concerns.  It often merges with many facets, such as paranoia, and many times a symptom of narcissistic personality disorder and borderline personality disorder.  It is very sneaky how it exploits the mental health and the receiver of the projection.  The projector often manipulates and pressures the victim’s mind to believe the projection is authentic to the extent where the person starts behaving as if it is true.

As you recognize these defenses, you will see they are holding you back from achieving your goals and living a healthy, balanced life.  It comes with emotional maturity. You can work through each one to care for your emotional well-being and reconnect with damaged relationships.

Once you take the time to re-evaluate your emotional well-being, take charge and make a change for yourself. 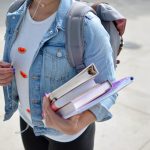 Is Your College “Kid” Home for the Summer?blogs 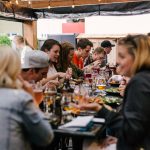 Are You Feeling Overwhelmed by a Significant Increase in Social Invitations?blogs
Call Us