Attention-deficit/hyperactivity disorder (ADHD) is something we hear a lot about and, as a result, most people feel they have at least a working understanding of it. Marked by symptoms of inattentiveness, hyperactivity, and impulsivity, ADHD is a diagnosis that has long been attributed to young boys who just cannot stay seated in the classroom; and while an inability to stay seated at school and a tendency to run about when inappropriate to do so can be indicative of an ADHD diagnosis, limiting our understanding of the diagnosis to this sole presentation of it means that others also living with ADHD may never get the support that they, too, deserve—particularly females.

Unfortunately, females often go overlooked and undiagnosed when it comes to ADHD. Though the prevalence of ADHD is not sex-based, males are more than twice as likely to be diagnosed with ADHD (Center for Disease Control and Prevention). However, as research grows, we are learning more about how sex affects the presentation of ADHD and is ultimately a contributing factor in the sex-based diagnosis disparity.

Before discussing how the presentation of ADHD is influenced by one’s sex, it is important to know that ADHD can be broken down into three subtypes: predominantly hyperactive/impulsive type, predominantly inattentive type, and combined type:

As you may imagine, hyperactivity/impulsivity symptoms can be much easier to spot simply because they are more disruptive to those around them. Symptoms of inattentiveness, while just as disruptive to the individual experiencing them, tend to be more inconspicuous and therefore more likely to be missed. So, when we consider that females—when they are diagnosed with ADHD—are more often diagnosed as predominantly inattentive than males are, we are provided with some insight as to why females tend to be overlooked and go undiagnosed compared to males.

However, this isn’t the whole story—additional factors including externalizing vs. internalizing behaviors, common comorbid mental health diagnoses, and common coping mechanisms all also vary based on an individual’s sex and influence the likelihood of receiving a referral, assessment, diagnosis, and treatment for ADHD.

In general, females manage symptoms of ADHD by turning inward: they may attempt to combat difficulty sustaining attention and being easily distracted by committing a significantly longer amount of time to completing tasks compared to their peers, become a perfectionist to ensure they catch each “careless” mistake, or blame themselves for not being able to “keep up” with the expectations their peers seemingly have no trouble fulfilling. Females with ADHD are also more commonly diagnosed with multiple anxiety disorders and major depressive disorder than their peers. In many cases, what ends up happening is that females’ symptoms of ADHD will be “explained away” by these alternative diagnoses and never considered in their own right; as a result, symptoms are mistreated, likely go unresolved, and blame once again turns inward.

A missed diagnosis and lack of appropriate treatment do not come without its consequences. Aside from the potentially more obvious consequence of increased academic difficulties, females with ADHD experience greater levels of low self-esteem, lower peer acceptance, greater difficulty with emotional regulation, increased impairment in social behaviors, peer functioning, and interpersonal relationships. Without proper intervention, females with undiagnosed ADHD will likely continue to experience low self-esteem and anxiety into adulthood. (Quinn & Madhoo, 2014)

Additionally, as responsibilities mount into adulthood, so too do the consequences stemming from difficulty with follow-through on tasks and task organization, forgetfulness, and avoidance. This may materialize as struggling to produce an appropriate quality or quantity of tasks in the workplace, difficulty managing finances, and struggling to stay on top of household duties (e.g.: grocery shopping, cleaning, etc.).

As we continue to learn and understand more about mental health as a whole, it is imperative that we also reconsider diagnoses we thought we already knew enough about and look for potential gaps in our knowledge. Unfortunately, it is not uncommon for the majority of past research to be geared towards the male experience, and there are consequences for it. By updating our understanding of ADHD to include symptoms of inattentiveness and how sex may influence the expression of symptoms, we are better able to provide support to those who need it. 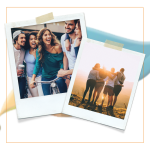 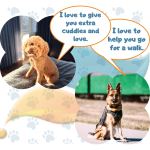 Emotional Support Animal (ESA) vs. Service Dog: What is the Difference?blogs
Call Us