Despite the high frequency of self-harm observed in mental health, negative stigmas make it difficult for those engaging to talk about and ask for help. The purpose of this blog is to gain a greater understanding of what self-harm is, why people do it and provide some resources on how to support someone who is self-injuring.

Self-injury or self-harm is a behavior individuals use to manage emotional pain or heavy feelings such as anger, hurt and deep distress. Many experiencing depression or intense feelings find a rapid release during self-harm and report that it makes them feel in control of themselves, even if only for a short time.  Some common examples of self-injury include the following but are not limited to: cutting, pinching, self-hitting, burning, banging your head, picking and preventing wounds from healing, sticking objects into your skin such as excessive piercing, swallowing inappropriate objects, binge drinking, or use of drugs, reckless driving, and unsafe sex. It is important to note that self-harm doesn’t occur as an isolated incident; emotional dysregulation, depression, or other diagnoses frequently accompany this kind of behavior and generally mark a symptom of a more significant problem.

Why do people self-harm?

Self-harm occurs for many different reasons depending on the person’s situation, but it is often in response to these overwhelming feelings. Did you ever feel so angry, upset, or overwhelmed that you could almost feel the energy bursting out of you, leaving you desperate for a way to make it stop? Many individuals report harming themselves to feel “in control” of something when emotions are overwhelming. After years of repressing difficult emotions, some report that self-harm is “to feel something, other than numb.” Self-harm is also a typical response when a person does not have the tools to express their feelings better or respond to guilt like a “self-punishment.”

Consequences of Self- harm

While many say that they feel relief during the act, several consequences make self-harm an unhelpful solution to manage feelings. The short-term relief is reliably replaced with shame and guilt almost immediately following self-injurious behavior. For many, this also adds the additional stress of not wanting to get caught for fear of being misunderstood and, consequently, results in victims of self-injury isolating themselves from others. The use of self-harm also prevents the person from learning practical skills to navigate emotional pain. As a result, it puts the person at risk of slipping deeper into depression, turning to alcohol or drugs, and increased the risk of suicide. In addition to the emotional consequences, there is also the risk of accidental injury. If not treated properly, the wounds can get infected, and cuts might be more severe than intended and need further medical attention.

Common Myths about Self injury

Information portrayed in the media can often represent self-injury in many misleading ways that can cause miscommunications around why a person engages in self-harm. Usually, the role of someone whom self harms on television is the angsty teen who “wants attention” or someone who is just emotionally out of control. To get a better handle on how to support a person who engages in self-harm, we have to tackle some of the more common myths:

The first step in treatment for anyone engaging in self-harm is to ask for help. Confidants can be friends, family members, a hotline, a therapist, or anyone you trust. When communicating, it is essential to share your feelings as best as possible and recognize that a person may need time to understand how they can help. Sharing helps them support you, even if it is uncomfortable at first. After sharing, therapy treatment is a highly effective next step to help you understand your emotions, learn your triggers and learn skills to better cope. Dialectical Behavior Therapy often uses several techniques, including mindfulness, to help gain relief from this challenging behavior.

Ways to give support to a loved one who self-harms

Recognize and manage your feelings– the thought of someone you care about causing harm to themselves can invoke many responses, including fear, shock, and sometimes even disgust. Take time to acknowledge these feelings and process them.

Avoid judgmental tones and ultimatums- Remember there is already shame attached to these behaviors, and harsh responses will make it more difficult. It is also natural to want to jump into action and begin solving the problem but stay away from threats and punishment to try and be stern as judgment criticism will likely cause the person to shut down.

Let them know you are listening– encourage them to share with you and help them recognize that you are trying to understand what they’re going through and want to be supportive. 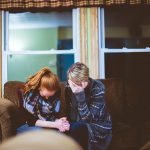 Understanding Grief and Loss in Teens/Pre-Teensblogs 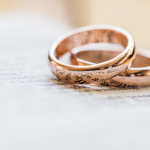 The Importance of Premarital Counselingblogs
Call Us