How to Help Teens with Conflict Resolution

A lot is going on during the teenage years, including puberty, mood changes, identity formation, increased socialization outside of the family, increased autonomy, etc.  Teens’ interactions with others become more complex, and conflict is inevitable.  Teens must receive guidance on how to navigate conflict properly and effectively.  Conflict comes up throughout life in all types of relationships, and learning how to deal with it early on allows teens to develop productive communication skills to have healthy relationships now and in the future.  It is usual for teens to have some level of moodiness and impulsivity, as the part of their brain that helps to control their reactions and impulses has yet to develop fully.  It makes it more likely that teens will react in maladaptive ways when conflict arises.

Remember that teens do not have the amount of life experience that adults do, so conflict with others at this age can feel like the end of the world.  It is paramount to validate their feelings while helping them understand that disputes are normal.  Teenagers typically have an external locus of control regarding conflict, meaning they blame external people or circumstances on their situation and do not see their part in it.  It is beneficial to help teens take a realistic view of the situation and their potential part in it and help them understand that they can try to resolve the issue.  Parents and caregivers should seek to guide their children through conflict rather than take over for them.

How to Help Teens with Conflict Resolution:

The communication styles include aggressive, passive, passive-aggressive, and assertive.  People typically tend toward one communication style.  However, their communication style may change depending on the setting or people.  Damour (2019) mentions a helpful metaphor to teach these conflict resolution styles to teens: In conflict, the teen can either be a ‘bulldozer,’ a ‘doormat,’ a ‘doormat- with- spikes,’ or a ‘pillar.’ A ‘bulldozer’ runs over the person they are in conflict with, a ‘doormat’ gets run over by the person they are in dispute with, and a ‘doormat-with-spikes’ may appear to have been run over but then engages in passive-aggressive tactics that end up punishing the other person.  The healthiest way to respond to conflict is to act as a ‘pillar,’ which assertively stands up for itself while remaining respectful.  Discussing each type of response and allowing the teen to provide examples can help further their understanding.  In today’s world, playing out conflict online is a ‘doormat-with-spikes’ or passive-aggressive approach.  Handling conflict through text or social media rarely has a good outcome, as it often drags others into the drama, leaves room for misinterpretation, and leaves a permanent trail.  For more guidance on teen social media use, please read this blog.

The ‘pillar’ approach is assertive, and the following guidelines will assist in helping your teen develop their ability to be strong-willed when in conflict:

It is key to help your teen recognize how the conflict makes them feel and why.  When teens understand their emotions, it can help to explain their behaviors and actions.  Recognizing their feelings allows them to express themselves to the other person they are in conflict with more clearly.  When both people in an interaction can express their feelings, it fosters an understanding of what is going on and why each person may act the way they are.

Teens often tend to react immediately when presented with conflict.  Help your teen recognize if they do tend to react impulsively.  If so, help them learn to stop and wait before responding.  Encourage them to pay attention to their thoughts and if they need to react, take a step back, pause, think it through, and then have a conversation.  It is a natural feeling to want to hurt other people when we feel hurt.  Teens might feel the need to bring in additional irrelevant information or bend the truth.  However, they should understand that the satisfaction they get from saying these things will probably not last long, and reacting this way will only worsen matters.  They should ask themselves if what they say will benefit the conversation.  Encourage them to consider whether their conflict responses are accurate, necessary, and kind.  If it is not valid, unnecessary or irrelevant to the discussion, and unkind- then it might be better not to say it at all.

Blaming and attacking the other person will not help the situation, so teens need to learn to use “I” statements in conflict.  Using “I” statements allows a person to express their feelings without blaming others, leading to more productive conversations.  An example of an “I-statement” would be, “I feel upset when I am not invited to things because it feels that I am not wanted there,” rather than putting the other person on the defensive by saying, “You’re always leaving me out.” A teen can use “I- statements” by identifying how they are feeling, describing the specific behavior causing that feeling, and describing the impact the behavior has on them.

Encourage your teen to put themself in the other person’s shoes and imagine what they might be feeling and experiencing.  Additionally, ask your teen to consider if the person they conflict with might have other things going on in their life which may be impacting their behavior.  Helping your teen to take the perspective of the other person fosters empathy.  When others are being mean, they often have much deeper things going on, which may have nothing to do with your child.  Guide your child to understand this, so they do not take anything too personally.  If your child seems to be the aggressor in the conflict, consider if they have anything more profound going on in their life that may be influencing their behavior.

Through your guidance, teach your teen to recognize that both parties do not have to agree on everything to resolve conflict.  In most conflicts, both parties have contributed in some way.  Teens should learn to apologize when they do something worthy of an apology, and not just as a way to end the conflict.  If they recognize that they did something hurtful, unkind, or mean and an apology is warranted, they should do so.  Apologizing does not mean they are taking fault for the whole conflict, but rather their part.

On the other hand, teens should understand forgiveness.  When we hold on to things, they tend to weigh us down, and forgiveness allows us to let go of some of the hurt that was caused and moves forward more healthily.  Help your teen consider the benefits of forgiveness and what forgiveness might look like for them in their conflict.  It is also essential to help teens recognize that if they continually forgive someone for doing the same hurtful actions over and over, the relationship probably needs to be reevaluated.

Identify What Needs to Change

After talking through the conflict, all parties involved should attempt to agree on what needs to change to repair and rebuild.  All involved should work together to compromise and decide how to move forward.  Discussing this is helpful as it puts expectations on those involved and refers back to them if needed.

Knowing when to walk away

Teens need to know that sometimes it is okay and necessary to walk away from relationships that are hurting them.  There are some perfectly reasonable reasons for not wanting to continue with a friendship.  For instance, if the friend is constantly talking negatively about others, if they are not trustworthy, or have broken your trust before.  Also, if they do not work to change behaviors that have caused conflict in the past, if they are unreliable, or are not putting an equal amount of effort into the friendship.  Sometimes, ending the friendship can be taking the easy way out.  Although, if there have consistently been problems that have gone unchanged, and your teen has done their part in trying to repair it, and if the same level of effort is not returned, then it might make sense for them to step away from the friendship.

Conflict is normal; the earlier your child learns to assertively and effectively handle conflict, the better.  Strong conflict resolution skills will contribute to your child becoming a better communicator, and they will have improved relationships and confidence in their ability to handle the ups and downs that occur in their relationships. 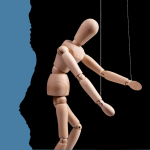 How to Identify Victims of Childhood Grooming:  A Form of Manipulation, Exploitation, or Sexual / Emotional Abuseblogs 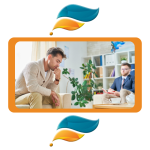 Going Deeper in Therapyblogs
Call Us