Toxic Masculinity: What is It? How to Soften It

We have all experienced toxic masculinity in some shape or form, even if we did not recognize it.  Toxic masculinity is a repressive term used to describe machismo’s negative, embellished behavior, a gender stereotype.  Psychiatrist Dr. Terry Kupers, MD, MSP, defines toxic masculinity as “The constellation of socially regressive male traits that serve to foster domination, the devaluation of women, and wanton violence and that toxic masculinity involves the need to aggressively compete and dominate others and encompasses the most problematic proclivities in men.”

It plagues our cultures and social standards of men and those identifying as male.  This term has evolved with people thinking masculinity has traditional and primal behaviors, thoughts, and old-fashioned values.  It involves cultural pressures for males to behave and feel in a particular fashion.  Its primal concept is what is significant about manliness; what it means to be a man is shown in the following traits and behaviors:

Some of these examples are not toxic and appear in women and those identifying as women.  According to John P. Carnesecchi, LCSW, CEAP, Founder and Clinical Director of Gateway to Solutions, “It becomes toxic when masculinity behaviors are dangerous and ways to control or power.  Its toxicity can affect the physical and mental health of women, men, non-binary individuals, and can harmfully affect society.”  Think about those stereotypical terms we’ve heard before that adds so much more pressure on men.  Phrases like:

“Boys will be boys.”

Although the perceived notion of toxic masculinity is considered behavioral, it includes extreme pressure men feel to act in such a way that goes against how they truly feel and want to be, causing severe mental health issues.  According to, Psychology of Men & Masculinity.  2015;16(2), 234–237 “A 2015 study found that men who bought into traditional notions of masculinity held more of a negative attitude about seeking mental health services compared to those with more flexible gender attitudes.”  Men who conform to the anachronistic mentality have increased feelings of loneliness, isolation, and depression.  It becomes a significant impediment to seeking psychological help.

So how do you recognize toxic masculinity?  It appears in the form of risky and dangerous behavioral patterns.  For example,

Today, there is so much pressure on boys, men, and individuals identifying as males.  It is essential that we diligently teach, openly discuss toxic masculinity, and challenge our ideas about gender and gender identity.  We need to combat the archaic gender roles.  Growing and integrating new notions of the meaning of masculinity can help better recognize, appreciate, and accept themselves and others.

How can you make changes in our society or soften yourself if you see the signs within you?

Changing the mindset of the older generations may be challenging; however, if we instill new values and behaviors in ourselves and the younger generations, we have a chance to change the stereotypical assumptions of being a male.  Parents, teachers, and loved ones should teach young children to communicate their feelings, understand it is ok to express all emotions, treat all individuals with respect, and accept and love their physical appearance – not conform to what the media portrays.

Social media has led more young males into severe violent crimes.  Social media has intensified the pressure to uphold a masculine image on the pretense of strength which has heightened the influence on young males.  Before social media, boys had time to decompress, relax, cool down, and let their guard down.  Because social media is a 24/7 digital outlet, there is pressure to uphold a pseudo masculine image in the public eye often associated with violence and aggression.  Studies shown in research led by Henry Stratford of the Innovation Unit based in the UK have frequently heard young males state:

“You see these 14-year-olds kids standing next to these cars and they can’t even drive.  It is all a status thing saying ‘I am this person’” (Trafford youth worker)

“There are so many images of people with BMWs and a Vodka bottle with fire on it on holiday, like they have made it.  But that is not the reality behind the screen and it just creates so much pressure” (Bolton youth worker)

“The problem is that you have everyone telling you that you need to be a certain image, but then you have no means to get there.  So they end up looking for quick money [drugs] to get them there… there are things you are supposed to have, but when there is no job and you don’t go to college, it is like good luck!“ (Bolton youth worker)

Children today, often intermediate school-aged, have access to smartphones and social media.  How do we change our children’s mindsets heavily influenced by social media?  Henry Stratford suggests changing the school curriculum to include “how to navigate the pressures of toxic masculinity and femininity.  Lessons could include topics around male identity, fear, status, conflict management, emotional awareness, unhealthy relationships, safe social media, and understanding the consequences of getting involved in serious violence.”

It also begins at home.  Family members and peers can play an active role by behaving and communicating within the realm of what is NOT toxic masculinity.  Social media is not the only source of influence.  From the time of birth, their emotional and physical behavior is learned from their home environment.

As time evolves quickly, we need to realize this is a new revolution, and we must work together to change the historic ideological ideas. 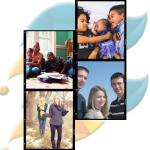 Does Birth Order Influence Your Personality?blogs 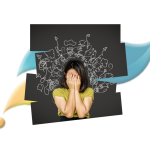 Cognitive Distortions and Self-Esteemblogs
Call Us