A personality disorder is a type of mental disorder in which you have a very rigid and unhealthy pattern of thinking, functioning and behaving. Personality disorders affect various areas of an individual’s life including but not limited to relationships, school and work. Personality disorders not only affect the individual, but also impact those close to the individual as well. Personality disorders often go undiagnosed, which can leave an individual feeling confused and angry about certain patterns they find appearing in their life, without understanding there might be something they can do to address the underlying personality traits resulting in these patterns. Let’s shed some light on a few of the different personality disorders to bring awareness and recognition. Sometimes, being able to read a description that aligns with what one has been experiencing can be incredibly validating. If you feel like you may relate to one of the descriptions below, consider seeking out professional help to guide you in exploring a possible diagnosis and then creating a treatment plan to help. The team at Gateway to Solutions is available for teletherapy around the world to help you explore your thought, behaviors and mood patterns to help you establish a healthier, happier life.

Histrionic Personality disorder is characterized by an extreme interest in being the focus of attention. Individuals with histrionic personality disorder tend to be very expressive and emotional, often exaggerating, charming, manipulating and demanding of others. Some of the criteria listed in the DSM-5 (the mental health diagnostic manual) to diagnosis histrionic personality disorder include “a compulsion to be the center of attention that results in discomfort if unmet”; “inappropriate sexual, seductive or provocative behavior when interacting with others”; “shallow, rapidly shifting emotions”; and “exaggerated, theatrical emotional expression” (American Psychiatric Association, 2013).  Thisblog goes into a lot more detail about the disorder and also provides the comprehensive list of the DSM-5 criteria for diagnosis.

Borderline Personality Disorder (BPD) is characterized by a “pervasive pattern of instability of interpersonal relationships, self-image, and affects” and “marked impulsivity beginning by early adulthood” (American Psychiatric Association, 2013). Individuals with BPD tend to struggle with interpersonal relationships, marked by an intense fear of abandonment coupled with frantic attempts to avoid said abandonment. Those with BPD also tend to have unstable sense of self and struggle to regulate their mood. Many with BPD describe chronic feelings of emptiness as a definitive characteristic of the disorder. While individuals with BPD tend to feel a sense of hopelessness, there is a specifically designed therapy modality called Dialectical Behavior Therapy (DBT) which has been proven to really support individuals and soften many of these characteristics.

Narcissistic personality disorder is yet another example of a personality disorder. This one is defined by a “pervasive pattern of grandiosity (in fantasy or behavior), a constant need for admiration, and a lack of empathy” (American Psychiatric Association, 2013). Individuals with Narcissistic Personality Disorder tend to have a lack of empathy, that negatively impacts the lives of those they are closest too. These disorder includes a sense of entitlement, a need for excessive admiration and envy of others or a belief that others are envious of him or her. While the word narcissist is often thrown around without an understanding of this disorder, being called a narcissist can be an indicator that you should spend some time reflecting on your view of self and how you relate to others.

There are many other personality disorders that will be discussed in future blog posts, as will different treatment approaches for these disorders. While it can be overwhelming to recognize a personality disorder may describe yourself, it is also an exciting opportunity to address themes and patterns that have interfered with your life, and work towards feeling more in control of yourself and your relationships with others. 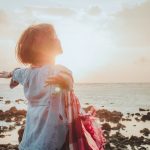 Termination: When Therapy Comes to a Closeblogs 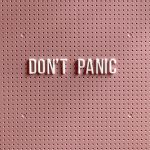 Understanding and Challenging Fear During COVIDblogs
Call Us