Bigorexia (muscular dysmorphia/reverse anorexia) is a form of body dysmorphic disorder (BDD) exhibited in mostly the male population (the 20s and 30s) with the onset during adolescent years.  The Diagnostic and Statistical Manual of Mental Disorders, Fifth Edition (DSM-5) classifies it as a subtype of obsessive-compulsive disorder (OCD).  It is characterized by the compulsive desire for a total body transformation having the ideal muscular physique through excessive weight training and strict dieting to maintain a lower weight while “bulking” up muscle tone.  The extreme behavior stems from feeling scrawny, skinny, distorted self-image, and low self-esteem.  Sadly, it can take over one’s life.  It often comes hand in hand with excessive supplement usage, injectable testosterone, and growth hormones and can lead down a destructive path using illegal anabolic steroids/substances.  Feeling empowered by his new transformation, he seeks validation by increased activity on social media because of flaunting selfies of flexing his chiseled chest, six-pack abs, and shirtless pictures accentuating defined muscle tone.  It is the yearning to be the poster boy image.  After he shows the world his hyper-realized imageries, he camouflages his body by wearing baggy clothes to appear larger and excessive workouts, again feeling depressed about his self-perceived body image.  Body image disturbances are increasing among young men causing adverse mental health effects like:

The belief is that bigorexia and other body dysmorphic disorders are caused by environmental, psychological, and biological factors and are associated with societal pressures and social media depictions of the “perfect” male body image.  Through imagery, videos, and workout tutorials, social media influencers like professional bodybuilders or peers parade around, seeking attention from thousands of followers, which has proven to harm one’s self-image.  Often, young men will compare other muscular males’ online adulation by their likes, comments, and followers, as well as the type of content shared.  In essence, it’s an appearance competition to be more significant, attractive, and better.

Toxic masculinity is the cultural pressure for males to behave, look, and feel in a particular fashion.  Its primal impression on what is substantial about masculinity and what this concept perceives as a man.

Let’s not confuse taking care of oneself, exercising, and having a healthy lifestyle is bigorexia or muscular dysmorphia.  Maintaining a healthy lifestyle, practicing self-care, becoming lean and muscular – even becoming a professional bodybuilder is essential for one’s wellbeing.  He must evaluate himself and look for the signs and symptoms that can develop into bigorexia:

Let’s take a look at an example of a male suffering from bigorexia:

Joe, a 16-year-old boy, plays football on his high school team.  Joe is 5’10” and weighs 150 lbs.  Throughout grammar school, Joe was bullied for being too skinny.  He was called names like “toothpick,” “string bean,” and was called weak and fragile.  His peers often left him out to play sports because other students felt he wasn’t good enough because he was too skinny.  He compared himself to his father, who went to the gym five times a week and was muscular.  Joe always felt down because he wondered why he couldn’t look like his dad and play football like when he was in high school.  During his first year of high school, Joe made the junior varsity football team because he was fast.  However, he wasn’t in the game much because the coaches and teammates felt he couldn’t tackle or get tackled.  Joe felt he needed to prove himself finally for once and for all.  The summer of entering his sophomore year, Joe dedicated his free time to educating himself about body transformation.  He learned how to gain muscle, new workout routines, diets, and vitamins and supplements that helped him gain weight and build muscle through social media platforms.  Joe started to train seven times a week for two to three hours.  He monitored his progress daily by measuring his body parts, weighing in, examining himself in the mirror, and taking before and progress pictures.  He decided to post the story of his body transformation on social media.  As his body transformed, he gained more followers and messages in his inbox from girls, received more attention, and increased social media engagement.  He compared himself to other school football players and professional bodybuilders.  When football season started, his coach would compliment his progress but told him he still wasn’t big enough, still not manly, and was unsure he would be able to take a “hit” like a man.  His fellow teammates felt the same.  He was now exposed to toxic masculinity.  His teammates judged him based on his appearance by the stereotypical primal perception of what a football player should be.  At this point, Joe didn’t stop; he became preoccupied with his body transformation, yet never happy with the results.  He worked out two, sometimes three times a day in addition to his football practices.  His grades started to drop, missing work; isolated himself from his friends and family.  Until one day, one of his teammates suggested he should take illegal anabolic steroids and offered to get them for him.  He already was consuming an abundance of supplements and vitamins.  Joe agreed and started injecting himself with illegally purchased steroids and certainly not under a doctor’s care.  Joe developed the body precisely what he wanted; however, he became aggressive, moody, manic, and sometimes depressed through each cycle of steroids.  It became addicting that it continued for years.  Until one day, he had multiple adverse effects on his liver.  Joe’s story is a clear example of a male suffering from bigorexia.

Through all these signs and symptoms, no matter how much effort is involved, he will continue to be unsatisfied with his appearance and have those negative self-image perceptions becoming obsessive.

So, now that you understand bigorexia better, what treatment works best?  Most bigorexia cases require long-term psychotherapy using the approach of cognitive behavioral therapy (CBT), sometimes accompanied by medication like serotonin reuptake inhibitors (SSRIs).  When anabolic steroids are used, treatment may also include endocrine treatment to alleviate the damage to the body.

Bigorexia is a newly discovered disorder shown to be more apparent in recent years.  There are new studies and new courses of treatments being discovered.  Collectively with mental health clinicians and medical doctors, a collaborative treatment plan can help the individual on their healing journey. 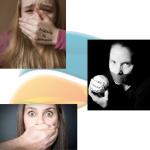 When Thinking About Abuse in Romantic Relationshipsblogs 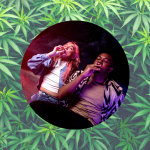 Cannabis Use Disorderblogs
Call Us