What is the Difference Between Borderline Personality Disorder and Bipolar?

In the mental health field, several signs indicate more significant mental health diagnoses and a need for particular support; these include black and white thinking, erratic or impulsive behavior, agitation, mood swings, and trouble holding onto responsibility and relationships.  When we think of these symptoms as clinicians, bipolar disorder and borderline personality disorder (BPD) are two specific diagnoses that can often be associated.  While bipolar and borderline tend to show some common traits, it is imperative to know that these are two different diagnoses with different courses of treatment and support attached.  This blog aims to differentiate the significant differences, commonalities, stats of comorbidities, and treatment methods.  Whether you are a clinician trying to learn more, or maybe a person who has suspected or even labeled as one or the other (or perhaps even both), this blog might be helpful to you.

There are three types of bipolar disorder.  They are Bipolar I, Bipolar II, and Cyclothymic Disorder.  Before we differentiate the three, here is some basic terminology used when discussing different symptoms of bipolar:

Manic Episode- A manic episode is at least one week where there is a noticeable change from the person’s typically functioning, observable by others around them.  A person may exhibit the following symptoms:

To be classified as a manic episode, a person must be experiencing symptoms to a degree where they interfere negatively with daily functioning, responsibilities, and social interaction.  Medical stabilization is required before talk therapy can become helpful.  Manic episodes can escalate to acute mania, a level of psychosis where people are at high risk of hurting themselves or others, including paranoid symptoms and hallucinations.  Hospitalization is typically required to help keep the person safe.

Hypomanic episode– shows some manic symptoms with less severity and not lasting a whole week and do not necessarily impact daily functioning but rather indicate that a person is in an elevated state.

Major depressive episode- This indicates at least two weeks where a person meets at least five of the following symptoms:

Bipolar 1 includes manic episodes that are so severe that a person requires immediate hospital care to stabilize.  These manic episodes can occur in tandem with severe depressive episodes that last for at least two weeks.  Those dealing with these symptoms may experience both seemingly simultaneously and can present with severe agitation, outbursts of crying, screaming, and tangential language.

Bipolar II entails at least one hypomanic episode and one depressive episode.  Many with this diagnosis can have comorbidities of anxiety, substance abuse disorder, and eating disorders that can make symptoms worse.  Those with this diagnosis can typically maintain their typical functioning and find that they have increased performance during hypomanic episodes at work or school.

The cyclothymic disorder has a higher frequency but less intense swings from hypomania to depressive symptoms.  It is a milder form of bipolar.  Those with this diagnosis experience the signs at a less severe intensity than bipolar I and II.  The symptoms are present at least half of the time and never cease for more than two months.  The DSM requires at least two years where hypomanic and depressive symptoms are present but do not meet the full criteria for an episode.

Changes in mood: While both disorders exhibit mood swings, their nature of them is different.

Those with bipolar experience mania and depression as symptoms that stabilize with medication due to a chemical imbalance.  Mood swings in bipolar tend to last for days or even weeks and can happen out of the blue with no environmental stressor and include feelings of euphoria.  When a person is in a depressive state with bipolar, it is often immobilizing.

Those with borderline experience emptiness, desperation, anger, hopelessness, and loneliness, typically resulting from a situational occurrence (usually interpersonal) that disrupts their idea of themselves.  Mood swings in BPD are often shorter, can change over hours, and are heavily affected by the environment.  Typically, these swings don’t involve positive feelings but rather agitation.  When a person with BPD experiences depressive symptoms, they often are more impulsive but not necessarily immobilized.

Treatment: There are some critical differences in the treatment of BPD versus bipolar.

Medication is the primary course of action in bipolar as medical stabilization is required for psychotherapy to be effective.  Medical treatment for bipolar includes mood stabilizers such as Lithium and atypical antipsychotics.  They can also be paired with an anti-depressant to combat depressive episodes.  Once a person is stable, techniques such as cognitive behavioral therapy (CBT) and dialectical behavior therapy (DBT) help better understand and cope with behaviors.

While medications treat some of the co-occurring feelings that accompany borderline personality disorder, such as anxiety and depression, medication is NOT the leading treatment for BPD as it is unclear that it helps treat the condition itself.  Psychotherapy is a crucial component for borderline clients.  Dialectical behavior therapy targets the uncomfortable emotions accompanying the disease and supports them in coping by learning mindfulness, interpersonal effectiveness, emotional regulation, and distress tolerance.  Psychologist and personality disorder expert Gregory Lester, Ph.D., also recommends an eclectic and direct style of therapy that focuses on directness and observations and connections in behavior that help change the adverse outcomes of BPD symptoms.

Can a person have both bipolar and BPD?

Statistics show that bipolar and borderline personality disorder comorbidity occurs in approximately eighteen to twenty percent of cases.  Both diseases have genetic links and show marked differences in brain structure; however, while many have speculated that the two could be related, there is currently not enough evidence to support their link. 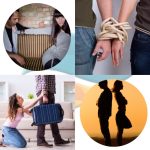 Are Abandonment Issues Creating Problems in Your Relationship?blogs 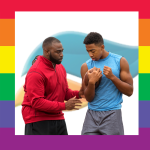 You Can Play Sports! LGBTQIA+ Youth and Sports Benefitsblogs
Call Us