When Thinking About Abuse in Romantic Relationships

Physical violence is often the first thing that comes to mind when thinking about abuse in romantic relationships.  However, abusive relationships do not have to include physical violence at all.  According to Psychology Today, emotional abuse is “a pattern of behavior in which the perpetrator insults, humiliates, and generally instills fear in an individual to control them.” An important word to focus on in this definition is control.  The need for power and control is characteristic of abusive relationships.  Perpetrators may seek to gain control for a variety of reasons.  No matter the reasoning, there is no excuse for emotionally abusive behavior, and emotional abuse is never the survivor’s fault.

An emotionally abusive person may attempt to control all aspects of their partner’s behavior, including what they wear and who they interact with.  The abuser may act extremely jealous, monitor their partner’s phone, or constantly accuse them of cheating. The survivor may stop seeing loved ones out of fear of escalating their abuser, which increases the abuser’s access to the survivor and increases the survivor’s reliance on their abuser.

Withdrawal of affection in the cycle of violence can be a particularly successful manipulation tactic used to keep the survivor from leaving.  The tactic is the most significant predictor of low self-esteem in survivors (Sackett & Sanders, 1999).  The lower the survivor’s self-esteem, the more they will internalize these feelings of rejection that make them feel as if they are the one at fault.  Survivors begin to lose sight of who they are and what they need because they put all their energy into attempting to make their abuser happy, an impossible task.

Humans adapt to their circumstances and consciously or unconsciously find ways to protect themselves.  Protective coping mechanisms can be either “positive” or “negative,” but they serve a purpose.  Some coping responses that emotional abuse survivors might utilize are as follows:

Minimizing: It can be painful to accept or admit that a person you love and who is supposed to love you is emotionally abusive.  A survivor may reduce the emotional abuse to make it seem like it is not a big deal.

– Example: “What he said wasn’t that bad.  Other people put up with much worse.”

Denial: It’s protective of denying and pretending as if something is not happening because if the problem is not acknowledged, it does not have to be faced.

– Example: “Yes, my partner is controlling, but it’s not always bad between us, so it can’t be emotional abuse.”

Bargaining: Survivors use bargaining to gain some control over the situation.  The problem with bargaining is that the survivor is taking responsibility for the behavior of the abuser.

– Example: “If I can just stop being so crazy, then our relationship will be fine.”

Rationalization: Survivors use rationalization to make sense of their partner’s behavior.   However, these statements excuse the behavior.

The Cycle of Violence:

It’s common to wonder how you did not see any red flags early in the relationship, but the truth is there are often no signs right away.  In the beginning, the abuser may engage in “love bombing“ consisting of over-the-top gift-giving, excessive flattering, and a quick relationship progression.  After some time, you might have seen a sudden or gradual negative shift in your partner’s behavior.  The drastic difference is hard to make sense of and causes the survivor to wonder what they did wrong to stop the love bombing.  It all contributes to the following cycle of violence (Walker, 1979) that may look familiar if you are in an emotionally abusive relationship:

The abuser may withdraw affection, become increasingly controlling and angry, and tension continues to rise.  The survivor feels they are “walking on eggshells” and may attempt to avoid or calm down the abuse.

An intense incident of emotional abuse occurs.  Self-protection mode turns on for the survivors, who do what they need to get through the abuse.

A period of calm occurs, and the abuser may apologize, love bomb, and tell the survivor this will never happen again.  The survivor may agree to stay in the relationship and feel hopeful that things will stay this way.

Effects of Emotional Abuse on the Survivor:

Tips you can do if you are in an emotionally abusive relationship:

Do I utilize any of the coping responses to abuse?  In what ways does the cycle of abuse present itself in my relationship?

Safety planning is another crucial step.  The main question is: “What is the safest way for me to navigate my situation?” No one else knows your situation better than you do.  Safety planning might include identifying your partner’s triggers and developing a plan of where you will go if they escalate, and identifying social supports you have.  If you are planning on leaving for good, think about the safest time to go and the potential barriers you might face when you do leave.  Does your partner have a particular way they attempt to win you back?  How can you plan to avoid returning to the relationship even in the face of these tactics?

Navigating an emotionally abusive relationship or coping with the after-effects can be extremely difficult.  But you don’t have to go through it alone.  Therapy can help you process the effects of the emotional abuse, correct cognitive distortions you may have developed, and take back the control you deserve.  The therapists at Gateway to Solutions are trauma-informed, client-centered, and trained in evidence-based modalities that are known to be successful for survivors of abuse.  Here at Gateway to Solutions, we will support you as you progress in your healing journey. 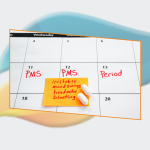 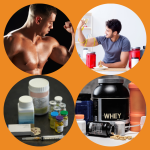 Bigorexia in Malesblogs
Call Us